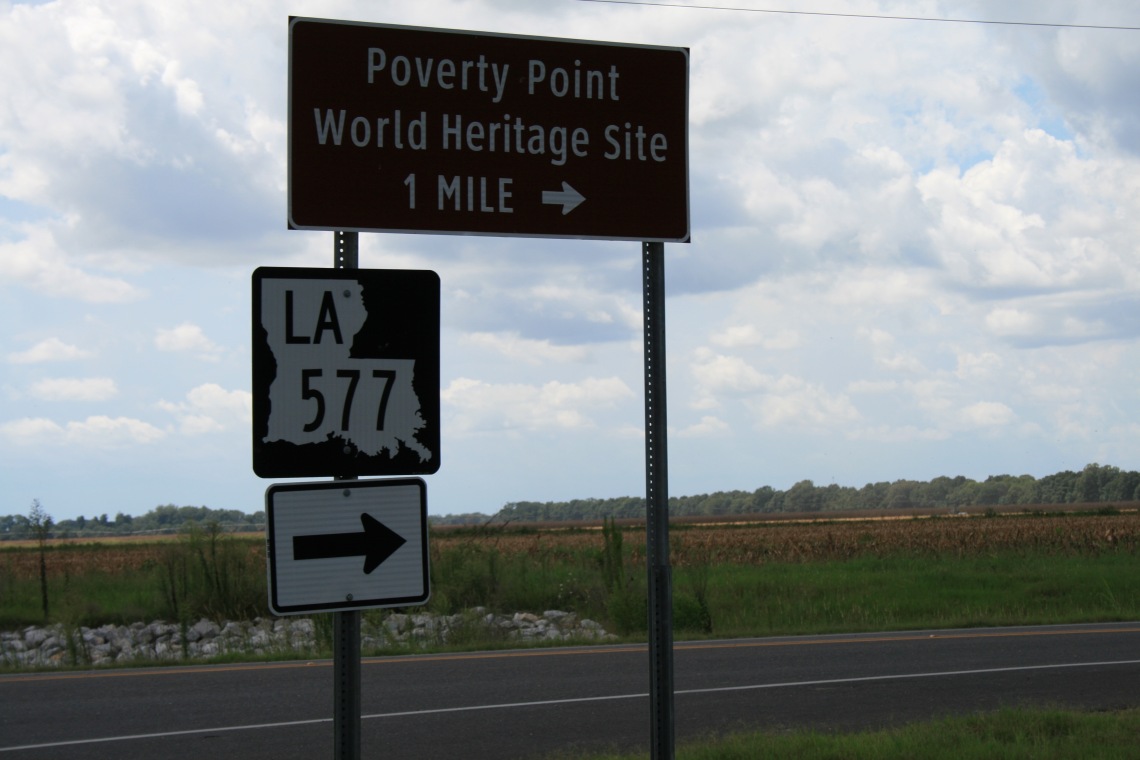 My role as a Collaborative Researcher allows me to produce digital maps as well as story maps of UNESCO natural & cultural heritage sites with the use of GIS technology and geospatial data. That being said, I have chosen to map the “Monumental Earthworks at Poverty Point and the Bayous (Bayou Maçon & Harlin) that Support these Land Formations”. Keep in mind that the site itself was named after a 19th century plantation located in West Carroll Parish, near the tiny tucked away town of Epps in Northeastern Louisiana.

Having never fully explained why I am so passionate about this particular project in addition to simply being selected as a participant, I was also accepted as a Master’s Candidate allowing me to obtain my Master’s in World Heritage and Cultural Projects for Development jointly organized by the Università degli Studi di Torino, the Politecnico di Torino and the International Training Centre of the ILO (ITC/ILO), in collaboration with the UNESCO World Heritage Centre and ICCROM – conserving culture, promoting diversity. My ultimate goal is to have Bayou Bartholomew, recognized as a UNESCO World Heritage Site; which will bring world wide attention to the beauty of the naturally gorgeous state of Arkansas.

My current project delves into a civilization of an ingenious & expansive group of hunter gatherers that created (what is known as) an immense and significantly complex site of land formations in the Western Hemisphere dating back thousands of years in the ‘Americas’, built between 1700 and 1100 BC; which is also during the Archaic period. This phenomenal group of Indigenous people have been determined to be a skilled & extensive community of hunter gatherers, making up over 1,500 people. They traveled to vast parts of the Eastern US in order to collect projectile points, microliths (also known as spears), soapstone, copper and galena.

Furthermore, this illustrates the fieldwork that I have recently completed due to a 3,500+ mile road trip I took back home this past summer allowing me to conduct this research.

Due to the the activities and size of the population. Vast amounts of figurines, earthenware, beads, weapons, and tools have been found throughout the vicinity that make up these impressive handmade earthworks that altered the topography of what we refer to as Poverty Point. It is believed that these people lived on site for well over 400 years.

The Monumental Earthworks at Poverty Point is situated 15.5 miles from the (current flow of the) Mississippi River. This is due in part to water having the ability to reroute its course from time to time.

Mound A (the largest earthwork in North America at the time, maintaining that feet for another 2,000 years) consist of 15.5 million baskets loads of soil. This was carried in 50 lb. baskets by the inhabitants of this mystical land formation.  The site comprises of a total of 910 acres, however, the main area measures approximately 500 acres and is believed to have once stretched over three miles alongside the river bank.

Due to these awe inspiring features, Poverty Point was named as the 22nd (of 23 US) UNESCO World Heritage Site(s) on October 31, 1988. This was in recognition of such pivotal structures rediscovered in the area years earlier. The coordinates of its location are 32°38′12″N 91°24′41″W.

Bayou Maçon (the body of water that has long supported this mystical site) begins in Desha County; which is were I was born, in the state of Arkansas. This stream of water has been and still is extremely influential to the northern hemisphere. It was once responsible for what is now known as the largest American city constructed by Indigenous people. It is believed to be 16 ft from where it was during the time that it supported those hunter gatherers. This is due in part to receding waters, being that water is a life force all on its own having the ability to change its meandering path by molding the terrain around it and in its way, so to speak.

J.R. Trotter Photography©
This UNESCO World Heritage site is unique in the sense that it was constructed during the Archaic Period. “The Archaic stage is characterized by subsistence economies supported through the exploitation of nuts, seeds, and shellfish. As its ending is defined by the adoption of sedentary farming, this date can vary significantly across the Americas.”….”Across what is now the Southeastern United States, starting around 4000 BCE, people exploited wetland resources, creating large shell middens. Middens developed along rivers, but there is limited evidence of Archaic peoples along coastlines prior to 3000 BCE.” (https://en.wikipedia.org/wiki/Archaic_period_in_North_America)
Furthermore, the earthworks found here are noted as being “the largest and most complex Late Archaic earthwork occupation and ceremonial site yet found in North America.” (https://en.wikipedia.org/wiki/Archaic_period_in_North_America)
Additionally, it has been said to be, “the most extensive earthwork site in the Western Hemisphere at the time of its construction.” —”Poverty Point World Heritage Site Driving Guide” Office of State Parks Department of Culture, Recreation, and Tourism State of Louisiana, page 1. Many scholars have thought of this site as a large and vastly complex trading center that also served as a religious complex for its indigenous population.
The World Heritage site consist of a group of six concentric ridges, massive mound structures and two circular Woodhenges that flank the water source (Bayou Maçon) that has sustained generations of those that labored, traded and lived in this bustling complex.
Mound A, a tremendously significant earthwork is practically shaped like the 20th letter of the English alphabet. An intricately shaped character, that my last name begins with, including my Mother’s maiden name and my paternal Grandmother’s maiden name. A commonality that we all share, which is the letter T. Having said that, you could say that I am very fond of this wondrous site. If you are fortunate enough to climb this massive structure (consisting solely of 238,000 cubic meters of terra firma once filling upwards of 10 million 50 lb. baskets) you will have the opportunity of standing 7 stories (or 22 meters) above the surrounding landscapes that envelope the country side of Northeastern Louisiana. Additionally, it stretches 210 meters in length as if to mimic a birds tail feather, navigating its trajectory.
Mound B, is “the oldest mound at Poverty Point. Radiocarbon dating of charcoal from the mound indicates that its construction began in about 1600 B.C. Today Mound B is about 20 feet in height and it is 180 feet in diameter at its base.”….”Woven baskets and possible skin containers used to haul dirt left impressions in the fill of the mound. These have allowed archeologist to better understand the ancient earth-moving techniques.” Sadly, excavations conducted in 1955 at Mound B demolished what was once a perfect conical form. —”Poverty Point World Heritage Site Driving Guide” Office of State Parks Department of Culture, Recreation, and Tourism State of Louisiana, page 4.
Mound E, is “nearly 13 feet in height and is about 300 feet by 300 feet at its base. At one time, it extended an estimated 90 or so feet south of the park property, but that portion is no longer standing. The mound also has a ramp-like projection to the northeast that may be a historic era modification. Excavation and soil cores indicate that Mound E was built in five flat-topped, layered stages. Like Mound B, the original topsoil had been removed before construction.” —”Poverty Point World Heritage Site Driving Guide” Office of State Parks Department of Culture, Recreation, and Tourism State of Louisiana, page 2.

Mound C is believed to be where they practiced the artistry of tattooing their skin, adorning it with elaborate markings; given the large deposits of indigo pigment found onsite during previous excavations. It is also thought to be where a person of high regard and hierarchy stayed onsite. Furthermore, the wagons of the early settlers carved a large depression that divides Mound C.

Mound D, also known as Sarah’s Mound was utilized by the former plantation owners (from which this site is named) and is where he buried his wife, alongside a lady believed to be her dearest cousin.

The crescent shaped ridges (numbered one through six) are believed to be where the inhabitants lived some 500 years ago. Estimates state that between 2,500 and 3,000 Indigenous people established these phenomenal landmasses. Additionally, the northwestern ridges are only two to three feet in height and are considered to be in fair condition; given that area has been transformed over hundreds of years at the hands of farmers dating back to America’s antebellum era and continuing up until the early 70’s. Which is at the time that the state of Louisiana purchased the land – encompassing these historically extensive structures. 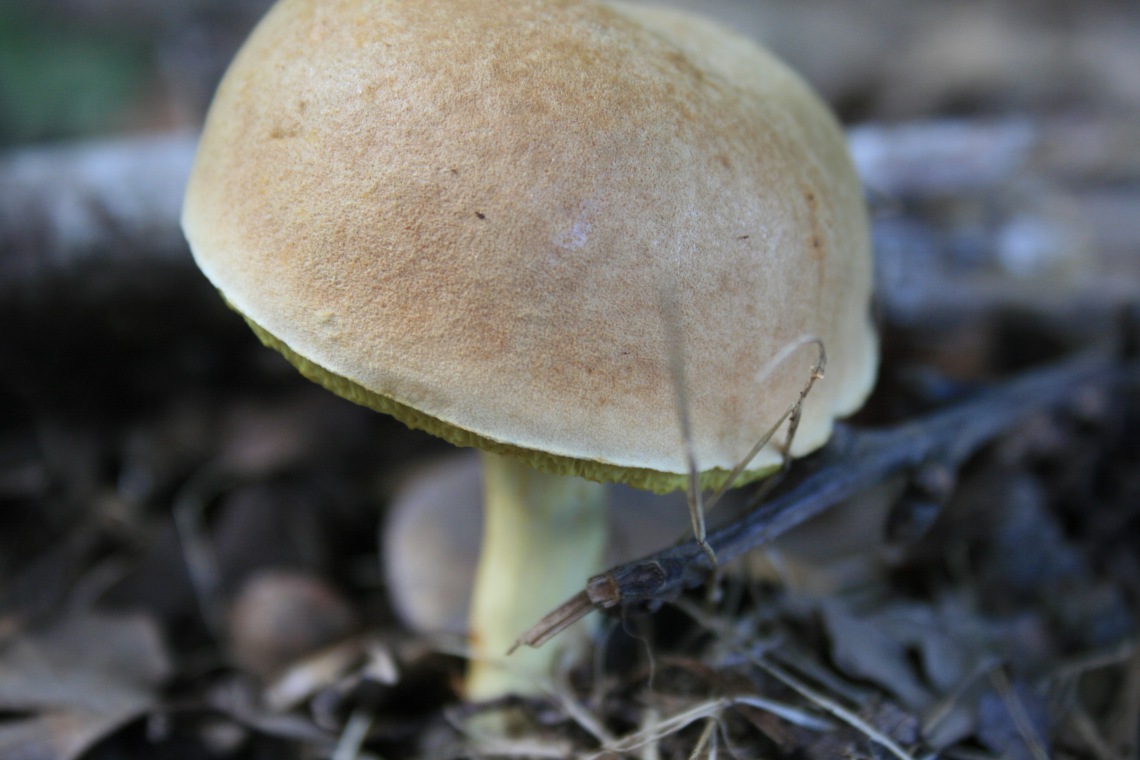 Risks caused by environmental factors include erosion due to:
Fire – Natural and manmade disasters of this sort could gravely affect the ability to collect accurate carbon data for analysis in dating the structures along with having the ability to destroy the ridges that are a central feature leading up to the magnificence that is Mound A; (also known as the T shaped earthwork structure) appearing to dominate the surrounding landscape for miles.
Flood – Unfortunately, the potential for eroding away of the earthworks that took generations to construct could take place and in doing so entirely cover these structures along with the cylindrical forms that encompasses where the postholes once towered over the area. Nearby, Bayou Harlin has been known to wash away portions of  Mound C. Grievously, this is a threat being faced head on.
Drought – Sadly, this form of risk could greatly endanger the vast population of animals (black bears, migratory birds – Red Tailed Hawks & Mississippi Kites, snakes, white tailed deer, turtles, armadillos, foxes, raccoons and squirrels) and vegetation; which protects the historical site from high winds that are certain to cause soil deposits to deplete from the facades of these massive earthworks over time.
In conclusion, I hope you have found this information enriching & informative as this has been an adventure that I will forever be humbled to have participated in. Ongoing excavations are taking place according to the e-newsletter of the Advocates for Poverty Point; edition dated: September, 2016 which states that, “This fall, Dr. Diana Greenlee, Poverty Point Station Archaeologist, will select additional copper specimens for the expanded analysis. Dr. Hill will analyze the additional artifacts using Laser Ablation Inductively Coupled Plasma Mass Spectrometry, or LA-ICP-MS. This technique will measure the multiple chemical elements of the artifacts with great precision and its only impact on the artifact is the creation of a tiny clean spot. As in the pilot study, multivariate statistics will be used to compare the composition of the artifacts with the composition of copper from different geological sources.
Most of the copper artifacts at Poverty Point are from surface contexts, which means we do not know how old they are. In the expanded study, we will include as many artifacts from excavated contexts as possible to obtain some, albeit limited, temporal information. Knowing whether Great Lakes, southern Appalachian, or other copper sources were used for creating the artifacts, whether a single or multiple sources are represented, and determining any shifts through time in the use of specific geological sources are also important pieces of information for understanding the system(s) by which raw materials moved to Poverty Point.”, which is refreshing in many aspects and the use of this form of technology is greatly welcomed given its minute ability to effect the composition of the areas that will be tested during its implementation.

Please take time to visit the site for yourself, so that you can take in the wonderment of this monumental land formation located in the southern state of Louisiana.
Click here for the link to my presentation and open this to review my previous blog post, which highlights how this magical journey began.
*Update: As of April 2017, my Digital Storytelling Map has since been published on the Living Atlas of the World, utilizing the Science of Where. You can review my contribution  here.
…

Or enter a custom amount